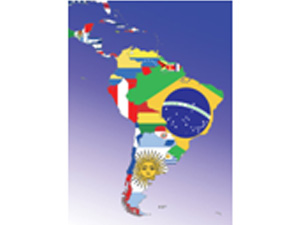 Economic uncertainty and swinging currency are the main obstacles for Latin American medical device manufacturers. Brazil and Argentina are going through a phase of declining economy and are affected by China’s economic slowdown as well, which is their key export ally. The strengthening of the USD against the falling Latin American currencies is also a factor since the value of the reimbursement paid to distributors in terms of local currencies falls in relation to the USD price. As a result it is becoming an expensive and non-profitable business to import and distribute medical devices in Latin American markets. Mexico is facing low funding for public facilities, while the private sector is well developed due to medical tourism. Device overpricing is common in Colombia, which had resulted in price controls (March 2015) for medical devices. “Prosthesis Mafia” is a big concern for Brazil, which distributes the imported device with heavily inflated prices. Physicians are also performing unnecessary procedures, which are unreasonably adding to the healthcare expenditure in Brazil. Manufacturers, who plan to directly sell their products in Latin American markets without distributors, need to build strong relationships with local opinion leaders and invest largely to train physicians. The direct selling, without involving any local distributor, is most difficult in Mexico. Argentina is facing economic stagnancy and has insufficient medical devices supply. However, the upcoming Argentinian presidential election may positively affect the economy of Argentina turning the nation into a favorable market.