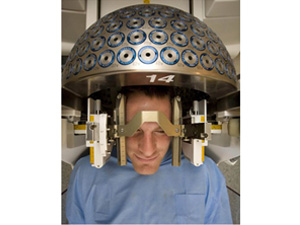 Gamma Knife, a medical device used to treat brain tumors by radiosurgery is expected to reach a sales volume of USD 651 million by 2020 globally. The device had recorded sales of USD 526.7 million in 2014. The sales of the device increased due to increase in morbidity and government’s approach to improve the quality of treatment. The factors hindering the sales of the device include its high price, strict regulatory control and lack of qualified healthcare professionals, who can use Gamma knife efficiently. At present, Asia holds a market potential for such devices because, as per the WHO, the number of cancer patients in India and China will grow by 78% by 2030. Asian governments organized a drive to increase the clinical use of Gamma knife in cancer patients in the future. Russia has presently bought only three devices of this type, which are installed in Moscow, St. Petersburg and Khanty-Mansiysk. North America also witnesses an increased sale of Gamma knife due to an increase in the cancer patient number. The WHO reveals that the US has 98,000 to 170,000 new cases of brain metastases every year. European nations are also facing the similar condition.

Read the full article at Vademecum