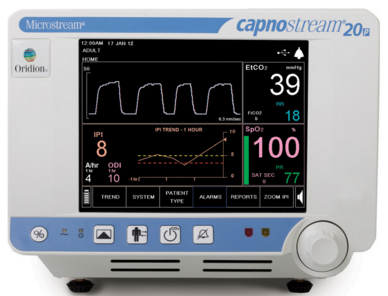 According to a research report published by Persistence Market Research, the Latin American capnography equipment market reported revenue of USD 9.7 million in 2014. It is estimated to reach USD 30.2 million by 2021 by growing at a CAGR of 17.5% over 2014-2021. Brazil had captured the largest share of 31.4% in 2014 in the region. Brazil is estimated to report the fastest growth in the region during the forecasted period. Factors fueling the growth of the market in the region include recommendations by reputed organizations and government to use capnography in routine hospital procedures. The World Health Organization (WHO) has also favored use of capnography monitoring for a safe surgery such as endotracheal tube placement, hypoventilation and esophageal intubation for better results. Factors behind the growth of the market in Brazil include rising demand for plastic surgery, medical tourism for dental and cosmetic surgeries, cardiac procedures and a large part of GDP expenditure on healthcare. Key global players operating in the capnography equipment market in Latin America include Medtronic, Nihon Kohden, Drägerwerk, Nonin Medical, Philips Healthcare, Masimo Corporation, Smiths Medical and Welch Allyn.