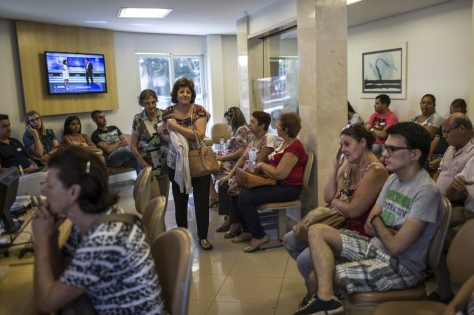 The results of audit conducted by the Federal Audit Court (TCU) in the main Brazilian public hospitals show the main problems faced in the health area in the country, which include beds lacking basic equipment, such as fans or monitors, mobile deficiency and lack of staff. In this context of chaos, health professionals end up being blamed when; often issue goes beyond the scope of them. Lawyers, who are specialised in medical laws, stated that when it comes to the legal responsibility of doctors, they need to keep within the possibilities. It is not possible for a professional to create a bed in the intensive care unit (ICU) when it does not exist; as well as a highly skilled surgeon would be unable to perform an operation without the equipment they need. Another recurring scene is overcrowded, in which health professionals have to unfold to attend to hundreds of patients. The Institute of Applied Economic Research (IPEA) conducted a survey, which revealed that the main problem of 58% of Brazilians seeking care in the public system is the lack of doctors. 700 municipalities where the study was conducted have no health professional. In some areas, each doctor is responsible for taking care of three thousand people.