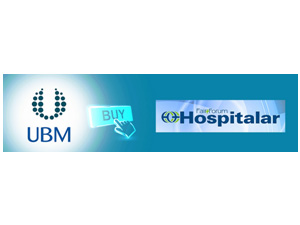 UBM has acquired Hospitalar, the largest healthcare tradeshow of Latin America from SPFC Group. This acquisition will strengthen the position of UBM in the medical device and manufacturing industry of Brazil. The tradeshow features 1,250 local and global exhibitors engaging about 95,000 spectators. The tradeshow has achieved huge success over the last twenty years and it is anticipated that it will perform well in future as well. Following the acquisition, UBM has emerged as the third largest events organizer in Brazil. After the completion of acquisition, the staff of Hospitalar will move to UBM Brazil and the founders of the show will remain involved in a non-executive capacity for a minimum period of two years. The financial terms of the deal were not disclosed.

Read the full article at TSNN