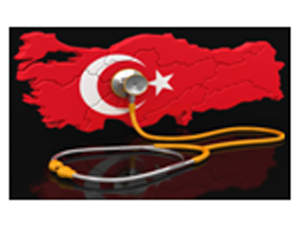 Turkey has doubled its healthcare disbursement to USD 62.3 billion over the last decade. The country has ahuge population of 74.7 million and the number of patients suffering from different chronic diseases has doubled between 2005-2015, reaching 9 million diabetics and 1 million cancer patients.Increasing geriatric population is another factor contributing toward the huge patient base after 2020. The current government, which came to power in 2002, is primarily focusing on healthcare.The government’s healthcare budget has been doubled during the reform span, while the coverage of public insurance has reached 100% in 2015 from 50% in 2003 and the quality of healthcare services in country has also improved. The number of private hospitals increased by 86% in Turkeyduring the 2006-2010 period. The rate of qualified beds increased from 12% in 2002 to 40% in 2011 along with twelve times increment in number of installed MRI units, from 58 to 781. Turkey has also attracted significant global investments in different sectors such as private healthcare services, medical devices and pharmaceuticals. Healthcare companies have opened their CEE/MENA headquarters in Turkey since 2010. Presently, the top-ten private hospital chains in Turkey cover 30% of Turkey’s private healthcare business revenues of USD 10 billion. The country now has a large, unsaturated consumer market providing opportunities in the area of healthcare services, medical device innovation, pharma and clinical diagnostic for all types of companies across the healthcare services portfolio.