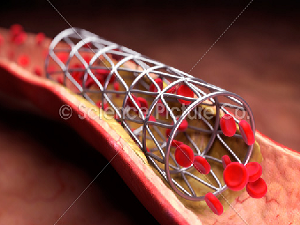 According to the chief coordinator of a study conducted in Russia comparing domestic coronary stents with branded imported ones, the Russian domestic coronary stents market is poor and lacks presence of domestic stents and devices used in endovascular surgeries. The chief study coordinator said that lack of a sufficient regulatory skeleton, insufficient investment in development and production of medical equipment and shortfall of research centers, which could develop new medical technologies, were among the major reasons, which crippled the growth of the domestic coronary stents market. All these factors create a favorable environment for foreign players. The Ministry of Health spokesperson agreed that stents are purchased unintelligibly and they do not have to qualify any study and get registered. He opined that, “we have to pave the way for domestic stent manufacturers.”
(Image Courtesy: Sciencepicture)
Read the full article at Vademecum