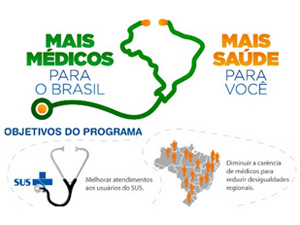 More Doctors program of Brazil, initiated in 2013 by President Dilma Roussef has been successful to attract doctors, which has resulted in increase in number of health professionals in the 34 special districts in Brazil, to serve a population of 666,000 nationals. 582 doctors have been selected to serve the largest unhealthy population of Amazon region. The team will serve 666,000 people in 5,700 villages across the Amazon region. The region is among the less accessible region of the country. Doctors will work for 30 days in villages and then they can return to cities for 15 days. If any patient can’t be treated in village, he/she has to be brought to the city hospital for treatment. The authorities are sure that with the presence of doctors in villages nobody will die for a simple/curable disease.