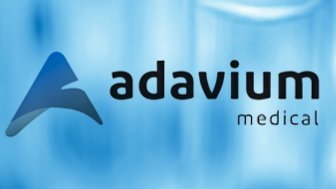 Advium Medical of Brazil recently announced the acquisition of two of the largest clinical diagnostic companies in Brazil, Alka Tecnologia and Hemogram Industria e Comercio. These acquisitions transformed the company into the largest Brazilian medical equipment and diagnostics company as measured by sales and the number of customers across both specialties. The company has also announced the USD 21 million funding in a Series C financing from new investors. The new funds will help the company to finance acquisitions and to strengthen strategic capabilities throughout the country. The company has two divisions: medical devices focused on aesthetics, dermatology, plastic surgery, vascular surgery, and gynecology; and clinical diagnostics offering equipment and reagents for clinical chemistry. Both markets are USD 1 billion sectors individually, with substantial growth potential driven by demographics and broadening access to healthcare services. Former GE Healthcare (Latin America) CEO has been hired as the chief operating officer and the president of the diagnostics division. With a population of over 200 million, Brazil is the third largest private healthcare market globally following the United States and China. The Brazilian healthcare market is estimated at USD 120 billion.