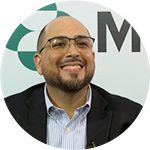 Leonardo Semprun, Senior Director of Global Regulatory Policy at MSD, reveals the changes implemented among drug and medical-device regulatory agencies, and how this experience helped accelerate approval processes for innovations while guaranteeing safety in Latin America.

The need to provide rapid responses to the emergency meant that, during the pandemic, regulatory agencies adapted by speeding up their processes. The lesson learned is that, in many cases, the skills the agencies acquired could be sustained over time.

GHI: You have mentioned that there are various circumstances or mechanisms that expedited the way drugs were approved during the pandemic. Is there any drug in particular, besides the COVID-19 vaccines, that may have benefited from this new regulatory approach? Which drugs do you think are best suited to benefit from expedited regulatory approval? And which ones are not?

Leonardo Semprun: During the pandemic we saw these expedited pathways come into effect. The expedited regulatory pathway as such is a practice that did not exist before COVID. Accordingly, product approvals issued in that time window were primarily the result of public health needs in the context of the pandemic: mainly diagnostic and testing mechanisms. As for the developers’ vaccines that were approved at that time, many companies in Latin America were given emergency usage authorization. Emergency usage is a special authorization. It is not a registration license per se, but rather a means provided for regulatory decision making. Obviously, all of this was done based on risk analysis, ensuring the safety, quality, and efficacy of the products at all times.

GHI: Was there any regulatory progress in terms of cancer treatments?

Leonardo Semprun: It was also known that cancer was an illness that needed to be covered and given a level of care during the pandemic. I don’t know about any specific procedure during the pandemic, but I do know that, as a result of this international collaboration, there are global initiatives aimed at giving access to cancer products. The initiative is known as Orbis. It is a joint evaluation mechanism among global regulatory agencies with a high level of health vigilance, and in the region we have some very positive experience with Brazil forming part of these initiatives. It is not a mechanism that comes as a response to the pandemic—it came before that—but I mention it because it is an expedited mechanism that has proven to have many benefits. So, to answer the question: yes, the expedited regulatory pathway was focused on COVID-related treatments. Over the course of the pandemic, we could see how regulatory agencies were issuing communiqués, circulars, and guidelines that were opening up their spectrum of action.

GHI: Did regulatory agencies work harder than usual during the pandemic?

Leonardo Semprun: With the challenge also that in Latin America many of these interactions between the manufacturer or the company used to be face-to-face meetings. In other words, there was nothing in the practice that told us how things were supposed to be done, and obviously there was a period of adaptation. Regulatory formalities before the pandemic were usually begun by submitting all the physical documentation, and the big change that happened during the pandemic was that digital electronic mechanisms had to be set up to deliver files and certificates.

GHI: But not all Latin American countries were prepared…

GHI: Now that the exceptional nature of the pandemic has passed, will these new electronic approval procedures continue in effect?

Leonardo Semprun: We are now pushing for this as associations. I am in a network, the International Conference [sic] for Harmonisation of Technical Requirements for Pharmaceuticals for Human Use (better known as ICH), which works with the European Medicines Agency, and we are pushing for the adoption of electronic certificates.

GHI: To sum up, what changes or lessons learned in the regulatory processes has the pandemic left us with?

Leonardo Semprun: There are many practices in the expedited regulatory pathways, but the main one is reliance (collaboration). Emergency usages are criteria based on reliance because they are based on recognizing the decisions of others, although it is not a health registration as such. We have to make the distinction here: emergency usage is a temporary thing. In fact, as the pandemic progressed and some countries declared that the situation has been improving, they have therefore removed the emergency usage because it is understood that this usage is for health emergencies only.

What does reliance mean and how can it strengthen Latin American regulatory systems?

The Latin American Federation of the Pharmaceutical Industry defines reliance as an action whereby national regulatory agencies can consider and give significant weight to assessments performed by another regulatory agency, another trusted institution, or any other authorized source of information, in order to make its own decisions. The authority using this information is still independent, and is solely responsible for the decisions taken, even when they are based on the decisions and information of others. Reliance is a practice based on good regulatory practices to contribute to a process of solid and efficient regulation of medical products. In recent years, regulators in Latin America and the Caribbean began adopting different means of reliance, particularly in the context of the COVID-19 pandemic.

According to Leonardo Semprun, Latin America adopted reliance well over the last few years. “Awareness has been raised about the importance of reliance—something that comes with the backing of the WHO, which has issued good regulatory practices. The Pan American Health Organization has also worked on technical committees with various regulatory agencies.” These include Mexico’s COFEPRIS.

Mexico’s admission to the ICH

The International Conference [sic] for Harmonisation of Technical Requirements for Pharmaceuticals for Human Use is a network that brings together regulatory authorities from different countries with the pharmaceutical industry, to discuss scientific and technical issues regarding pharmaceutical products, and develop guidelines for action. The entity was formed in 1990 to ensure that safe, effective, and high-quality drugs are being developed, registered, and maintained in the most efficient way possible. In November 2021, Mexico became the only Spanish-speaking country member of this regulatory maxi-forum, and is only the fourth country from the Americas region to have joined (along with Canada, the United States, and Brazil).