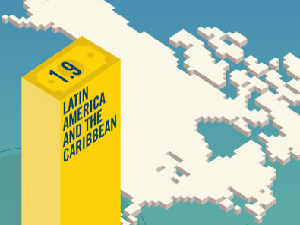 According to a report published by the Pan American Health Organization/World Health Organization (PAHO/WHO) and the World Bank, Latin America and the Caribbean have achieved a significant milestone by including additional 46 million people in their health coverage. The World Bank Vice President for Latin America and the Caribbean mentioned that the regions have enhanced the disbursement on healthcare and have shrunk the rich and poor gap on key results such as the average life expectancy, mortality of children up to five years and the number of women dying due to complications at childbirth. He said that because of constrained resources and a lower economic growth now the main challenge is to enhance the efficiency of their
healthcare services and maintain what they have achieved. Report stated that though the countries are spending more on healthcare to expand the coverage and access to the healthcare services, however the poor is underserved while non-communicable diseases (NCDs) are not being paid adequate attention, the reason accounting for most deaths in the region. Argentina, Brazil, Chile, Colombia, Costa Rica, Guatemala, Jamaica, Mexico, Peru and Uruguay are the focus nations of the report. The Health, Nutrition and Population Senior Director at the World Bank Group stated that the geriatric population is a significant reason for the region’s changing demographic and epidemiological profile leading to a burden of diseases toward chronic illness increasing the cost of and demand for health services. The major challenge for the region’s countries is to enhance public financing and efficiency to expand health coverage further and to manage with rapidly aging populations and the increasing load of NCDs. The countries of the regions are exploring new and effective financing measures, with increasing efficiency of health systems through planned reforms focused on the primary care. The PAHO member countries unanimously adopted a regional strategy in 2014 for universal access to health and universal health coverage with the right to health as its core value. The World Bank is targeting 2030 to abolish poverty with investment in global health, a powerful tool for economic development, which has not been used to its full efficiency.

Read the full article at NEWSHOUR