Latin America capnography equipment market to grow at a CAGR of 17.5% 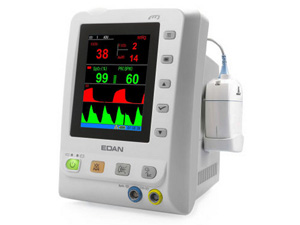 According to the report, “Latin America Capnography Equipment Market: Brazil to Witness Highest Growth by 2021”, issued by Persistence Market Research, the Latin America capnography equipment market is anticipated to grow at a CAGR of 17.5% over 2014 -2021. The market recorded a value of USD 9.7 million in 2014 and is expected to gain USD 30.2 million by 2021. Brazil is the major player capturing a major share of 31.4% among all Latin American markets in 2014. Capnography is majorly used for monitoring the partial pressure of carbon dioxide (CO2) in the respiratory gases during sedation, anesthetics procedures and in intensive care. The capnography equipment market is on the rise in Latin America due to high demand of plastic surgeries in Latin America, recommendations made by governments and reputed organizations, increased number of patients suffering from respiratory diseases and technological advancement of capnography. As per the survey conducted by the International Society of Aesthetic Plastic Surgery (ISAPS), Brazil captures a major share of 9.1% followed by Mexico with only 3.8% share of the total number of plastic surgeries conducted in Latin America. The market is segmented into Brazil, Mexico, Colombia, Argentina and Rest of Latin America, where Brazil rules the whole market and is expected to be the highest-growing market during the forecast period. Factors such as a high call for plastic surgery, increasing medical tourism for dental, cosmetic and cardiac surgeries and a large proportion of GDP disbursement on healthcare in Brazil pave the way for the fastest growth of the capnography market in the nation. The market is categorized into disposables and capnograph-based products, where the disposables segment dominates the market since users have to replace sensors of capnograph after fixed span of time. Similarly, the market is segmented into hospitals, ambulatory, and others based on end-users, where hospitals capture the major share. Major players in the capnography market in Latin America include Medtronic, Philips Healthcare, Drägerwerk, Masimo Corporation, Nihon Kohden, Nonin Medical, Smiths Medical and Welch Allyn.