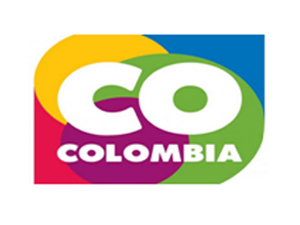 Colombia, due to its tactical location close to the US and same EST time zone, offers several opportunities for clinical trials for innovative medical technologies and biopharma companies around the world. It is the third most populous nation in Latin America after Brazil and Mexico, where a major part of the total population lives in urban areas. A number of factors such as centralized healthcare system, good clinical practice guidance, over 120 authenticated sites to conduct trials, experienced professionals, treatment-naive populations, strong doctor-patient relationships and low-cost hospital procedures as compared to the US and Europe contribute toward better clinical research amenities.Most of the research areas in Colombia are unrevealed toMedTech startup companies, which require conducting early stage (phase I) trials for new medical devices. The National Food and Drug Surveillance Institute of Colombia (INVIMA) has put in place strict regulations to ensure patient safety and quality of clinical research. INVIMA randomly audits research sites and certifies them for good clinical practice quality standards. Besides INVIMA’s strict regulations, the country’s approval and importation procedure are among the fastest ones. According to an American magazine, Colombia heads the continent in having the best clinics and hospitals. The country had generated USD 216 million from medical tourism in 2013, which was 61% more than 2012.The nation also has 63 INVIMA-GCP-certified institutional ethics committees. In 2012, Colombia was ranked sixth largest recipient of clinical research in Latin America after Brazil, Mexico, Argentina, and Chile and comprised 9% of all the trials conducted in the region. Colombia is also a desirable commercial partner for foreign manufacturers because of its free trade agreement with the US and the EU.The World Bankmentions Colombia as one among the easiest nationsfor business operations.Colombia’s exports, tourism, investment, and country brand agency, had signed an agreement in 2014 with Interventional Concepts (ICI) – a Florida-based, leading clinical development company. ICI leads the way in operationalizing clinical trials in Colombia for MedTech startups and will team up with Procolombia to position Colombia as the premier destination to run clinical trials for innovative medtechcompanies around the world.

Read the full article at medgadget