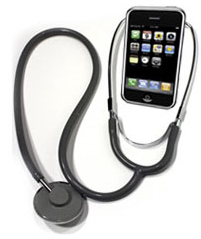 According to a study conducted by the London-based publication, City AM, Brazilian physicians heavily rely on smartphone apps to communicate with their patients. It has been observed that 87% of the physicians in Brazil use WhatsApp to talk to their patients more than the Italian physicians (62%) and British (2%). The study states that usage of text messages and emails is rising among doctors and patients and cellphones have become the primary means for the contact between the doctor and the patient (84%). Health apps are gaining attention of patients as the wearables do and doctors emphasize that the health apps will become important tools in the near future. However, the practical acceptability of apps is lesser as compared to the theoretical. Around 55% doctors asked their patients to use apps while 36% are planning to do the same in the future. Some of the doctors still do not consider health apps as important digital tools to prevent diseases.